Validity represents the degree to which the method actually measures what it claims to measure. Reliability is an integral part of validity, representing the absence of measurement error.

Concurrent validity refers to the degree to which an outcome of a (simplified) method correlates with the 'gold-standard' method; it is common that the outcome of the simplified method is not the same as the outcome of the gold-standard method (for example, SUV versus Ki). When the outcome measure of both methods is the same (for example, Ki from Patlak plot versus Ki from compartmental model), we can refer to it as absolute validity. Bland-Altman plot (Bland & Altman, 1986) can be used to report the absolute validation results and to determine systematic error and heteroscedasticity. Intraclass correlation coefficients can also be used to report absolute validation results. Categorical measures can be compared using weighted kappa (de Vet et al., 2011). The use of correlation coefficients (Pearson's or Spearman's) is not recommended.

Kinetic validation is done to find out whether the model is quantitatively consistent with the experimental tracer kinetic data. Inconsistent models are rejected; usually, the kinetic and biochemical information gained in the validation studies is useful for reformulating the model. Mismatches are revealed by the existence of non-random residuals; the difference between the experimental data and the response function fitted to the data has some time-dependent pattern (Motulsky and Ransnas, 1987).

The standard errors of the estimates also needs to be considered to determine the reliability of the estimated parameters. Large standard errors of the estimates usually mean that the data are very noisy or that the number of variable parameters in the model is more than necessary (over-parameterization). Statistical methods (Schwartz criterion, Akaike Criterion, F test; see Landaw and DiStefano, 1984 or Glatting et al. 2007) that consider the goodness of fit versus the number of parameters in the model should be used to guide the selection among alternative models.

The noise level in the data affects the number of parameters that may be estimated from the data and usually is the primary determinant of the precision in the estimated parameters. To determine the range of optimized parameter values, Monte Carlo simulations are recommended. The alternative approach, using covariance matrices, is faster and often used, but it requires the assumption that the process being modelled is linear. Since most of the kinetic models of metabolism are nonlinear, this assumption is invalid (Graham, 1985).

The choice of the model should not be done solely according to identifiability criteria (e.g. F test). A non-identifiable model may permit the determination of the range of some meaningful parameters, while with an identifiable model one may compute the exact value of some parameters deprived of any physical or physiological meaning.

To describe the movements of all known celestial bodies, Ptolemy used abstract mathematical functions (cycles and epicycles). He obtained a remarkably good fit.
However, the good fit did not help in predicting future observations.
Aristarchus of Samos (~310-230 BC), and later Copernicus (AD 1473-1545), based their computations on a physical basis, the heliocentric hypothesis. However, their fit was not better than Ptolemy's.

If the correlation between two estimated parameters is very high, then the likelihood of determining a unique set of values for the parameters is low (Budinger et al., 1985); this suggests that either one or more of the model parameters should be fixed or the model should be reduced.

A critical test of the validity of a model is to compare the biochemical results predicted from the kinetic data by the model with those measured directly by chemical means (e.g. microdialysis or biopsy samples). These studies not only provide the time course of total radioactivity in plasma and in the target organ, but also differentiate between the original tracer and its label-carrying metabolites.

Intervention studies can be performed to estimate the sensitivity of the kinetic data and estimates to the physiologic parameter of interest. Model parameters of interest should change in the proper direction and by an appropriate magnitude in response to a variety of biologic stimuli. In addition, it is useful to test whether the parameters of interest do not change in response to a perturbation in a different factor, e.g. does an estimate of receptor density remain unchanged when blood flow is increased (Carson, 1991).

The assumptions made in the reduction of model should be tested, either by explicit experimentation or at least by computer simulation. Simulations provide the magnitude of bias in the parameter estimates due to errors in various assumptions.

The absolute accuracy of model parameters should be tested with a "gold standard", if one is available for the measurement of interest (e.g., the microsphere technique for perfusion measurements). It should be noted that e.g. scanner resolution and change in the physical meaning of parameters due to model reduction can make the comparison of results difficult.

The validation of a PET method for a neuroreceptor assay can be done by comparing the results with those obtained from in vitro binding experiments. However, caution must be exercised in these comparisons. Binding discrepancies between in vitro and in vivo conditions have been observed. In in vitro receptor binding experiments, the concentration of the unbound ligand is uniform, while the uniformity of the unbound ligand concentration in tissue in vivo is less likely to be maintained owing to a multiplicity of factors such as the fast binding-rebinding phenomenon in the synaptic zone and diffusional restrictions. In addition, the ligand binding characteristics of receptor systems have been shown to have large species-to-species differences in both KD and Bmax values (Huang et al., 1986).

In some cases, PET method can be compared to traditional Fick's method, if venous blood sampling from the organ of interest is possible.

Test/retest studies are conducted by repeating the PET study two times for a group of subjects in similar conditions. Test/retest study provides a simple estimate of the within-subject variability (lack of repeatability) of the method. Reproducibility is tested by a replication study, which must be completely independent, ideally utilizing different instruments and analysis tools.

However, repeatability or reproducibility is only one aspect of the problem. A simple ratio provides more reproducible results than a model based method. Yet, the model based method might reveal true between-subject or treatment differences that are ignored or "normalized" by empirical methods.

Repeatability is estimated by calculating the mean and standard deviation of the absolute values of the difference between test and retest values. Repeatability coefficient (RC) is recommended by the British Standards Institution (1976), and when applied to PET test-retest studies, it is defined as

The intraclass correlation coefficient (ICC) (Shrout and Fleiss, 1979; Parsey et al., 2000) is a useful measure of reliability, as this statistical parameter compares the within-subject (WS) variability to the between-subject (BS) variability in repeated observations.

Negative ICC value indicates that more differences are observed within than between subjects. ICC ranges between -1 (no reliability, i.e. BSMSS=0) to 1 (maximum reliability, achieved in the case of identity between test and retest, i.e. WSMSS=0) (Parsey et al., 2000). As a rule, the method with the highest reliability (higher ICC) should be chosen (Laruelle, 1999).

Ludbrook (2010) has reviewed linear regression methods for comparing two methods or to measurers.

Any diurnal variation, or stress-induced changes, should be controlled in test-retest studies.

Parameters for assessing the effectiveness of therapy should, in addition to low interobserver variability, also have the ability to differentiate between treatment responders and nonresponders. These qualities can be combined in the variability effect coefficient (VEC) (Benz et al., 2008). 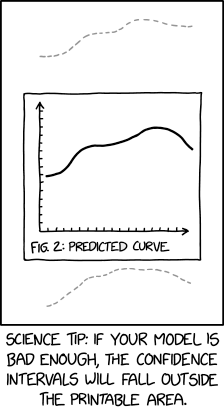